My assignment: Gather as wide variety of story leads as possible for a series of blog posts I would be writing for a client website. I decided to use Twitter and Instagram as methods for organizing my notes. 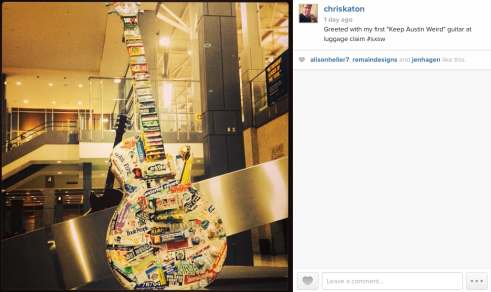 Big shout out to @BlackTieTS who just hooked me w/ a ride to the convention center! @Daniel is a rock star! #SXSW14

The iTunes Soundgarden show Thursday night has my name all over it! #SXSW 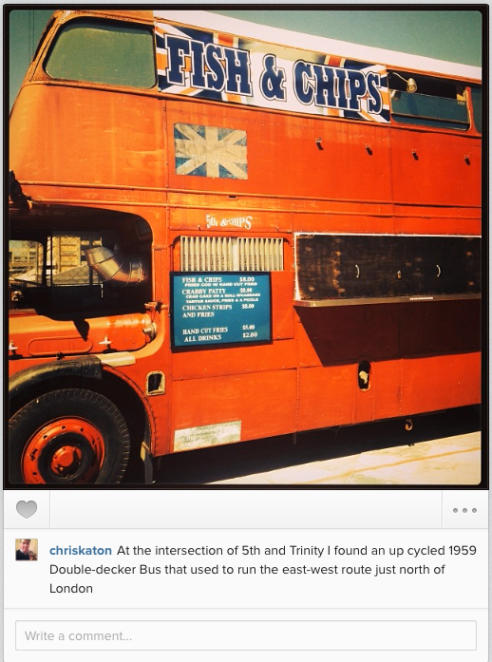 Father and son team of Dave and Krim Townsend moved from California to Austin in 2006 and have operated “5th and Chips” since 2010.

Special thanks to Gary, Tom and Alyssa for my dropcasters geolocation demo – It kicked ass! #sxsw @… http://t.co/ie2Cz6hEwa 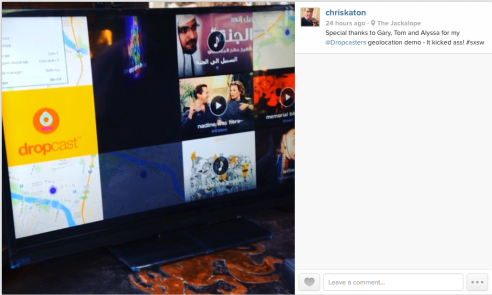 True story: I was searching for a great burger. Not a good burger, a great burger. So I started asking around and found The Jackalope on 6th Street. Obscure fictional characters and I go way back, so I was hooked before even walking in the door. Then a woman outside asked me if I like geolocation apps. Um, yes I answered, thinking of telling her that Foursquare was so 2009. Then she handed me a card for Dropcast. I walked inside, got a demo, took notes, am writing a story and became their first follower on Instagram. Oh, and they bought me a bloody mary. And it was good.

Did I mention I was their first Instagram follower… #justsaying 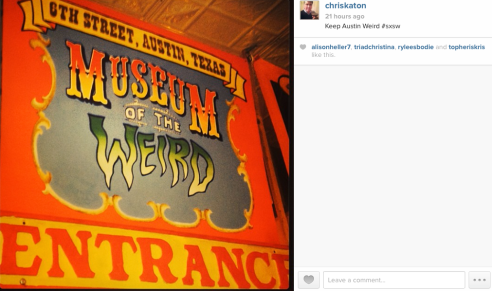 We all danced and cheered while Mr. Bobby Patterson celebrated his 70th birthday by treating us to an amazing show!

The stars shone bright on Bobby Patterson that night. The guitar legend was in his element, with his people. Cheering. Dancing. Singing. And showering praise. Patterson didn’t disappoint, sliding into a guitar solo for an amazing string of classic blues rifts, reminiscent of that time I saw B.B. King at Harpers Ferry in Boston.

We all danced and cheered while Mr. Bobby Patterson celebrated his 70th birthday by treating us to an… http://t.co/NyvnNTULqu 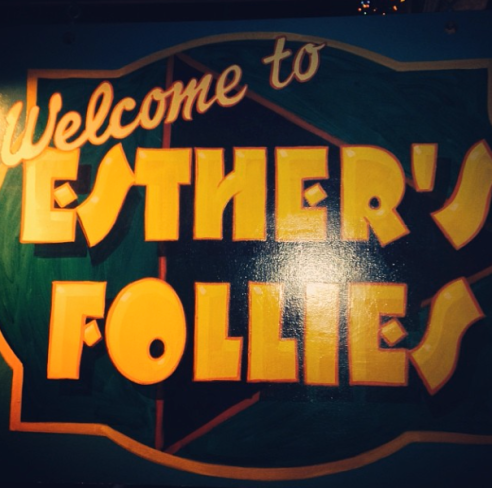 Scored tix for a late night comedy show: “If doing heroin is anything like I feel when I can’t find my cellphone charger, then I get it”

A big shout out to Erica Szuplat and Ben Allsup for introducing me to the music of Ryan Montebleau. Top 3 performances of the week for me. It’s been a minute since I saw this show and I still find myself humming 75 and Sunny about 3x per week.

Shout out to @SXSWster James for turning us on to this band! #sxsw @ Esther's Follies http://t.co/GyUldJ9VTz

"Time" – One foot in front of the other – Coming soon!!! Heard it here first #SXSW

Do yourself a favor – YouTube Me! #sxsw @ Esther's Follies http://t.co/DvQQbn0fgN

Retweet if you are watching @gabbyyoung right now!

So tragic… Hit-and-run driver kills 2 at SXSW http://t.co/H2FeMhel3q via @usatoday

Lets be honest: SXSW is about innovation in marketing, not tech http://t.co/w3qDPzUjF2 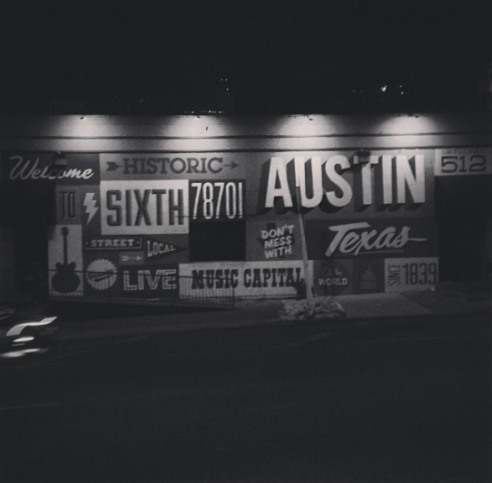 Thoughts and prayers for our rock and roll family @sxsw. #SXSW

Happiness is when what you think, what you say, and what you do are in harmony #quote

Even my cocktail napkin has attitude #sxsw http://t.co/wTRJDtSJuI

It's a circus on 6th Street #sxsw http://t.co/avrDkzxIwX 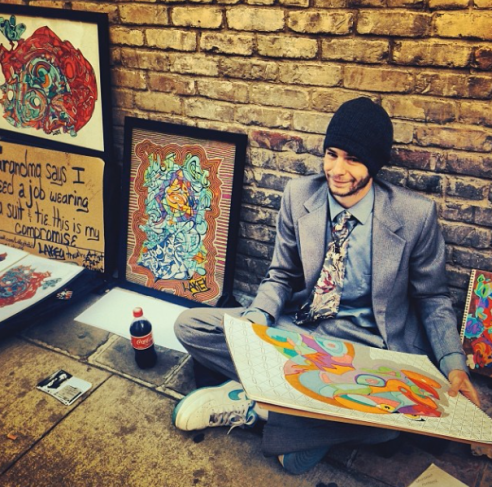 Lakey is a traveling artist and slam poet. Check him out at #suitandtietour #sxsw @ Buffalo Billiards http://t.co/OUhBexzy8N

And then this happened… #sxsw @ 6th & Trinity http://t.co/ORwpK3WuRI

Justin Brown has been driving Austin Pedicabs for 8 Years and has the coolest mustache I've seen this… http://t.co/OlJ0XY4ooL

"Mobile Venue" is a Vermont pianist playing for tips from a camper van on 6th Street #sxsw http://t.co/bHoJW564bg

It's on! #sxsw @ The Jackalope http://t.co/VVNKBpjUzt

Rumor has it a don't miss street performance is about to happen here #sxsw @ Darwin's Pub http://t.co/cbFmAPTUm5

More than 200 people are gathered here for a chance to meet Nina Nesbitt, a Scottish singer who… http://t.co/HiMKl7Ejxj

Loving me some horns #sxsw http://t.co/5Fg25gCyAW

Taking it back with some hard core rap #sxsw @ The Mohawk http://t.co/dn2GVfsvho 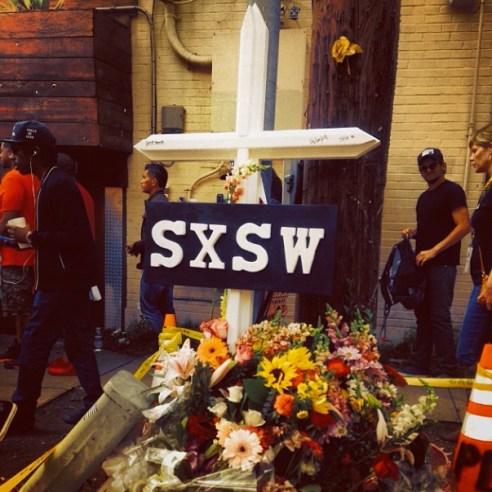 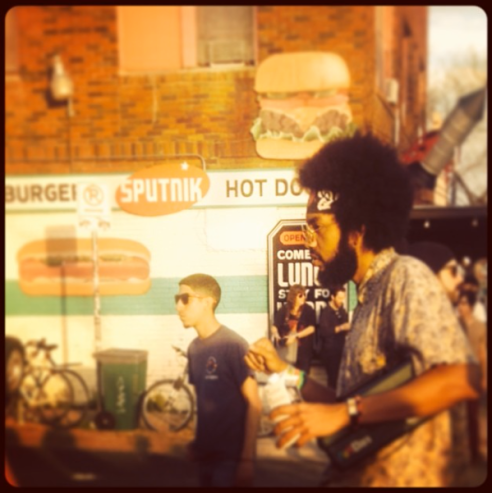 Treating myself to an amazing dinner of blackened salmon paired with Riesling after a crazy week in Austin #sxsw http://t.co/2P39PK5pp5

Checking out the Stetson #sxsw @ Hatbox: A Modern Haberdashery http://t.co/ffphAbK815